Teen Wolf: The Most Inspiring Werewolf Movie Ever Made 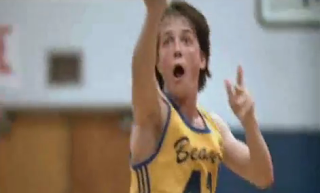 I don't give a shit what came after this movie. Teen Wolf, the original 1985 movie about a small town kid who leads his basketball team to victory after discovering that he can turn into a werewolf, is the only thing with that title worth watching. I watched this VHS tape so much when I was a kid that the picture got all snowy and the tape finally gave up on itself and died.

And this was all from a recording of a TV broadcast where they replaced the word "dick" with "it." Boy howdy, was my young mind saved from being traumatized by foul language.

Anyway, Scott Howard, the aforementioned teenage wolf, uses his superpowers for a good cause: getting his high school basketball team to the "regional championship." But when the big game comes, Scott decides that, goddamn it, if they're going to win the game, they're going to do it on their own, without the help of a superhuman creature that somehow never made the national news or even anything beyond the school paper.

Enjoy it, for it is glorious: