Paxman Vs. Brand: I Guess Celebrities Are A Little Different In Britain 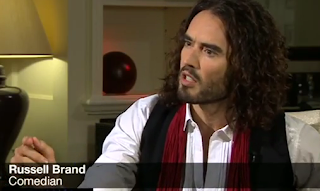 This video was really making the rounds on my Facebook feed this morning. I was pretty taken aback because, while I'm used to celebrities being left of center, I can't recall anyone who's called for an outright worldwide socialist revolution, as Brand does in this interview. I suppose Michael Moore comes closest, but he became famous because of his his political documentaries and writings, not for something like acting, where the artform can be separated from the artist's personal views.

This interview blew my mind in a lot of ways. I'm still mulling over what I think of it, so for now I'll just leave it here: