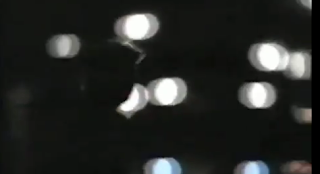 It's a semi-tragic Lynchian noir film with perhaps some Cronenberg thrown in for good measure. The odd thing is that the footage comes from old Michelob beer commercials from the 80's. As such, the piece is drenched in irony, but only if you're aware of the source material. Putting that aside, however, the piece somehow becomes devoid of irony and becomes a very sincere meditation on the nature of loneliness.

Sure, the people in this video hook up, kiss, embrace. But those moments are always fleeting and soon the loneliness creeps in again.

childproof - dance while the sky falls from tv grey on Vimeo.