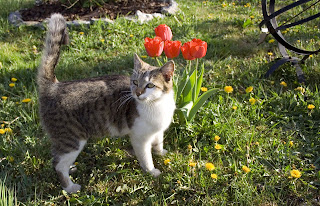 So my friend Gary and I were hanging out in my front yard one afternoon, stabbing honkys with spears, when the strangest thing happened. I mean, you know how much Gary and I hate honkys. Clown noses, car horns, ducks, those kinds of things. If it honks, we stab. And we don’t let just anything distract us. But this one afternoon we saw Zombie Dick Clark lurching down the sidewalk and we stopped what we were doing immediately.

We approached the weird hell creature with trepidation, but he offered us his hand in friendship. “Hark!” he said. “I am Dick Clark, also known as King Mojo Dancealot, the underworld’s keeper of doo wop records and expert hair colorist. I want nothing but peace and friendship from you two dapper fellas. Well, peace and friendship and a small plot of land where I can grow psychedelic mushrooms.”

Hmmm. Well, that sounded reasonable enough. So I told Zombie Dick Clark he could use my front yard to grow whatever he wanted. That is, as long as he didn’t eat our brains and he wore a pink bonnet at all times.

Well, just like a typical zombie, he took advantage of my generosity. Instead of gardening, all he did was spend day and night in my front yard making life-sized paper mache ducks. That and some of the neighborhood cats started disappearing. But I was mainly aggravated over those damn ducks. Ducks honk. And I hate honkys. So one afternoon I confronted Zombie Dick Clark. “You little tad flapper,” I said, instantly regretting that I had to use such foul language, “what’s the deal? You supposed to garden for your meal.”

Zombie Dick Clark suddenly started to cry. “All my life,” he said, “the only thing I’ve ever wanted to do was make paper mache ducks. I never really cared about rockin’ people’s socks off. It was all a lie. I lived a meaningless life. Now, please let me have some peace in this most lonely of deaths.”

I hated seeing him in such a poor, miserable state. Well,  my mom always told me that nothing heals like good food, so I went inside and cooked Zombie Dick Clark some spaghetti. When I went back outside, I saw that he was already at work on another duck. He looked so peaceful and serene. The little guy had really found his purpose. So I threw the bowl of hot spaghetti in his eyes. As he was writhing in agony on the grass, I found a nearby spear and stabbed him in the heart. Zombie Dick Clark’s body began to dissolve, sending him back to the hell from which he came.

Now that all this is over, though, I kind of regret my decision. Those ducks didn’t look half bad.