Since joining the nascent AGITATE: 21C avant garde group in June, I’ve had the pleasure of being introduced to the work of all sorts of great experimental filmmakers that I might not otherwise have found on my own. One of these artists is Sylvia Toy, AKA Sylvia Toy St. Louis, a video performance artist who makes movies in her living room using green screen, with herself as the only actor. Out of this simple setup, she produces complex narratives and abstractions, often with multiple characters. She’s even made a 2 ½ hour feature film called VOICE this way.

VOICE is about schizoaffective disorder, and it’s one of the most brilliant films about mental illness that I’ve ever seen. It’s also a great introduction to the various techniques that Toy experiments with in her other, shorter, video work. There’s a ton of monologue. We see one side of a conversation between the main character and her shrink (from the main character’s point of view). There’s also the various disconnected parts of the character’s personality that speak at the same time, creating a chorus of pain and confusion. Other techniques include abstract imagery, interpretive dance, and the liberal use of green screen technology to take the viewer into a metaphysical and emotional journey through the character’s unconscious and, indeed, the collective unconscious of the mentally ill in general. 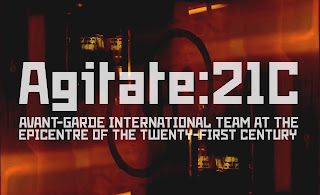 Having been voluntarily hospitalized at various times for major depression, I found VOICE to be an almost overwhelmingly cathartic experience. My condition might not be exactly the same as the film’s main character, but I still had the sense that Toy was speaking for me and everybody else who has experienced the horrifying extremes of mental illness. It’s an almost overwhelmingly powerful work of art.

Toy uploads not just completed films to her YouTube and Vimeo pages, but she also documents the steps in her creative process. Rehearsals, short scenes, character explorations, monologues and FX tests are among the majority of her nearly 700 videos on each platform. It’s pretty neat watching a concept evolve in this way.

I’m very pleased to feature Sylvia Toy as the first filmmaker in my Five Questions series.

Before you started on your experimental video journey, you were a performance artist and sculptor. However, when you switched to video, you seem to have abandoned these two earlier interests. What made you completely transition to video experiments in the mid-2000’s?

Acting is the most demanding, scariest, life-saving and fulfilling thing in my life. I hope I die while in some character. But as a solo theater artist I was writing well-constructed but claustrophobic plays that were suffocating me. Besides that, I’d toured for years while having a full time job, I was never home and I was really unhappy. One day in 2006 I was on a bus eavesdropping on various conversations. It hit me that those conversations and the backstories they revealed were 5000 times more interesting than anything I was writing. I began transcribing what I heard and creating monologues. Then I started carrying digital recorders in my purse and collecting conversations to make stories and characters. That wasn’t enough—carrying cameras in my purse was inevitable. A TV news video editor friend helped me find a tutor. I learned to shoot by shooting on my way to and from work; I edited on my lunch hour.

Sculpture: I had to stop woodcarving because as is not uncommon after years of exposure, I suddenly had  an anaphylactic reaction to sawdust in 2010. I used to carve on the livingroom floor watching Law and Order with a life sized block of wood on my lap. It was my happy place. I was not going to rent a gray room in a warehouse and wear a hazmat suit. I had to find a new happy place. By that time I’d been making movies for 3 years and so it gave me something to fall back on because 1) it involved acting and 2) the huge learning curve of filmmaking was an all-consuming distraction.

It’s interesting, however, that even though I only ever loved woodcarving as a sculptor, since I started making objects and puppets for stop motion 4 years ago, sculpture is coming back into my life.

You call your video experiments “performance art video.” In what ways is performance art enhanced by combining it with video? Is there anything that’s lost?

There is nothing like the energy between a live solo performer and an audience. It is palpable. I often relate to the camera as scene partner, but it’s nowhere near the same as a live person or audience.

Even though I’m a fine artist, I am an entertainer. Live or not, I have an obligation. In front of a camera, I am never not aware of the audience.

I thought I would feel like I was creating story inside a box when I started making movies. But I didn’t. I felt freer than I ever felt on stage. It was often unnerving to the point that though I haven’t had stage fright since grade school, I had some kind of fright when I first started improvising story and character on camera. I had to push myself to let go. I would say out loud to myself: “I don’t believe a word you said—start over.” And I would start over until it felt real. Eventually, I felt like I could do anything. In fact, I don’t think I knew what freedom is until I started making movies.

Where did this attraction to green screen technology come from? What do you like about this technology? Are there any limitations, and if so, how did you overcome these limitations?

I can't shoot anything unless I see it inside my head first. I am very interested in the idea that when you realize an image inside your head, that image results from a physical process and so, the image itself is physical. It occupies its own space. That image has geography.

At any given point in time, there are countless things going on in a person’s life that create and occupy geographical areas inside their head. All that geography in such a confined space would have to be layered. So many layers of geography. So many layers of reality happening at the same time.

Greenscreening helps me create layers of reality and, hopefully, create geography inside a viewer’s head.

It is interesting to answer this question at this time. I recently made a 25-minute sci fi live action/animated short that required lots of effects (including multiple layers of chromakeyed splitscreen in most scenes) to show a spaceship traveling in outer space, the inside of the spaceship and the “smart plasma” suits worn by its occupants, the ruins of the New York Public Library, an animated half human alien, an electrical-explosion-emitting device called Little Big Bang and the headquarters of an alien culture that originated in caves. My blood pressure got so high while I was in post that I almost called an ambulance one afternoon. By the time I finished post I felt like I’d been transformed by the process and I didn’t know why until this week when I figured out how to shoot a character crawling through a narrow passage mostly relying simply on framing.

It’s as if all that complicated greenscreening has taught me to think more efficiently.

When you make your videos, is there a typical “process?” Do you start with a script, an idea, an image?

My movies usually start with monologues improvised in character on camera. The monologues are almost always backstory that gives rise to some core conflict and to additional characters. As other characters arise, each relates their own backstory and eventually, it’s clear which one of them is pivotal.

The characters make up their story, not I.

Your feature, VOICE, is absolutely amazing. One of the best, most touching and heartbreaking explorations of mental illness I’ve ever seen. Where did the impulse to make this movie come from? Was the process cathartic in any way?


Thank you for your kind words about VOICE. I’m so glad it resonated with you.

But in Summer 2014 my homeless neighbor Mike was spending his nights in a doorway directly under our bedroom. Over a 3-week period I was awake all night listening to him argue with someone whom I quickly learned was not a person, but a voice named Robert. Robert’s voice is deep, rough and bullying while Mike’s natural voice is tenor and when he’s lucid, he has manners like someone raised by nuns.

Mike and Robert went on all night with Robert frequently threatening Mike with sexual violence. But by dawn, Robert would be calmed into disappearing and Mike would be chanting over and over, “I love you, I love you.” It was so horrible.

But after about a week and a half it hit me what a good survivor Mike was—that whatever bad things had happened to his mind that created Robert, he discovered and learned to use inner resources in order to calm the turbulence. And I swear I think I said it out loud: “I wonder whether his social workers ever gave him any credit for keeping himself in one piece all these years.”

Only one of my therapists ever gave me that kind of credit–he's bipolar. I had my first depressive episode when I was 3-1/2 even though kids didn’t have mental illness in the 1950s; and was diagnosed when I was 42. In spite of being a rapid cycler with chronic suicidality, I was functional, held down jobs, didn’t have substance issues, was never in abusive relationships and even made a good match when I met my husband. I relied on myself and an obsession with wanting to be an artist. My life was limited because of my condition, but I held myself together because I had a strong inner life like my neighbor Mike.

VOICE is about a woman who happens to be mentally ill and who has to find herself in order to get her life back on track.