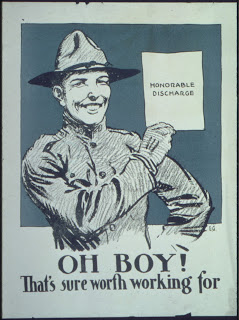 You probably know Tony Danza from the hit 80's sitcom, Who's The Boss? What you might not know is that he's a paranoid freak who should never be left alone with power tools, tiny uncles, rodents that smoke hashish or even Michael Buble.

Folks, this whole thing has just gotten way out of control. Tony Danza is so insane that just the other day he forced dozens of bunny rabbits to wear cammo onesies and hop across the street to harass his neighbor. In order to prepare his rabbit army for battle, Tony Danza stood on an apple crate with several banana nut bread muffins stacked atop his head and said, "Hark! Let us go forth with extreme jocularity and with a vibration of our testicals so strong and hearty that it will make the gods sing in triumph!" And they marched across the street into the neighbor's yard and started right off making fun of the guy's tiny pear-shaped hands. Then the old man fell over dead. And Tony Danza just laughed and laughed as his bunnies pecked the poor fucker's eyes out.

But, you say, this neighbor of his couldn't have been totally innocent, right? Well, okay, fine. So the old man had offered to shampoo Tony Danza's hair while the two of them snuggled on the couch and had a Golden Girls marathon. Sure, the guy had bad taste in television. But did that warrant his demise? Good people of the world, I say no.

Like I said, Tony Danza is a paranoid guy. The NSA might be spying on you, but, most likely, so is Tony Danza. Go ahead, look out your window. Are those his sweaty little Italian eyes staring at you? Quick! Open the window and toss a few Bazooka bubble gums past him. While he's chasing after them on all fours, you'll have a chance to grab that trusty slingshot of yours. Go ahead, pelt him a few times. He'll just run up a tree. You'll be safe long enough to call the cops. Do it, before it's hopelessly too late.