Tom Selleck: The Life Of A Man Who Never Lost His Baby Teeth 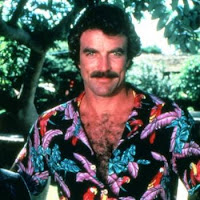 Tom Selleck was born January 29, 1945. His mustache was born three months later. Selleck is best known for portraying the title character on the popular 1980’s crime drama Magnum Opus, where he played a struggling writer whose foot fetish causes him to get into trouble with a host of Miami pimps. Nearly every episode would end with Opus and the pimp collaborating on a Broadway musical.

After Magnum Opus, Selleck went on to enjoy a brief but memorable film career. Perhaps his most famous role was in Three Men and a Flamethrower. Critics praised the movie as a sensitive and subtle take on Iceland’s financial crisis.

As of late, Selleck’s career has been experiencing a revival. Nowadays, you can find him portraying Dr. Daisy “Duke” Spudkiss on the medical drama Help! I’ve Swallowed Something Slimy! He also hosts a reality show called Squishy Fatties on Tightropes getting Poked with Stuff.

Selleck’s life hasn’t been without its share of controversy. In 1998, Celebrity Entrapment, a crude tabloid magazine, accused Selleck of being gay. Selleck vehemently denied the rumors and even won a libel suit against the magazine. However, three months later his mustache held a press conference and admitted that it had been having an affair with Ted Danson’s hairpiece.

Tom Selleck lives in a fortified compound near Narnia. He is a force for good and has vanquished nearly all of his foes. In his spare time he enjoys waxing his chest and forging steel cowboy boots. He loves his wife, but also likes the company of his many concubines. His skin is pure opossum hide. If you stare too deeply into his eyes you will be temporarily transformed into the Queen of England.