I Think My Pharmacist Might Be A Witch Doctor 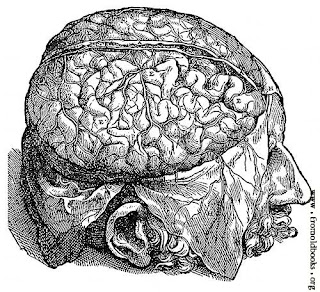 I don’t have any hard evidence yet, but something just ain’t right. For one thing, whenever I look into his eyes I’m sent into a trance where I witness my own death. I see myself splayed out on my kitchen table, my pants around my ankles, ketchup in my ears and three kittens bouncing on my back as if I was a trampoline. Not only is this not the way I want to die, but it certainly hasn’t endeared me to my new pharmacist either. Another thing: when I went to pick up my blood pressure medication, all that was inside the bottle was a mysterious yellow powder. He told me to just take a pinch each morning and my blood pressure would be a-okay for the rest of the day. Turns out that he had actually given me a mixture of various roots and vines from South America that caused me to have terrible hallucinations and visions of my own death.

My pharmacist seems to have it out for me.

Well, I’m not just going to stop patronizing my local grocery store just because one employee doesn’t like me. So when I went back to the place a few days later to pick up some vitamins. The pharmacist who might be a witch doctor saw me in the aisle and came over to greet me. He put his hand on my shoulder and smiled at me. I was startled to see that he had my death scene carved onto one of his teeth.

“Now this has gone far enough,” I said, harrumphing indignantly. “Why are you so keen on my witnessing my own death?”

The pharmacist just laughed and said, “You are George Henderson, right?”

“Oh shoot,” the pharmacist said. “I’ve made a terrible mistake.” Then he looked into my eyes and I fell into a trance. Once again, I had visions of my own death. This time, however, I was wearing a clown suit. I breathed a sigh of relief and finished my shopping.