The Sad Life Of A Kazoo Player 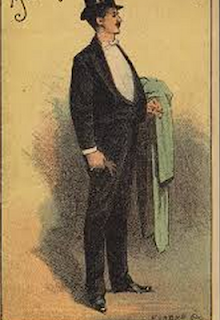 There's nobody so under-appreciated in today's music scene as the lowly kazoo player. The yak bladder player gets all the girls and the guy who plays his washboard abs gets a $2.99 breakfast at Denny's. And that's a pretty good deal in this economy. But the kazoo player, if he's lucky, gets whipped with an ostrich neck fourteen times before being thrown out into an alley onto a pile of thumbtacks.

Even Skinny Man Slats, arguably the greatest kazoo player of all time, had to spend two years training his dog to sit in the same room as him. The closest the dog ever came to showing affection is when he licked some peanut butter off of Slats' finger after he had a heart attack and lay lifeless on his kitchen floor.

But just think where we would be without the kazoo player? Sure, music would be less goofy, but it would also be far sexier. And we can't have that. When music is sexy, more people hump. And when more people hump, there's more babies. Which means there's a far greater chance that we'll be overrun with mutants who want to use their powers of hot dog levitation as a force for evil rather than good.

So next time you're at your favorite club and enjoying a little music, try to be kind to the kazoo player. Maybe only hit him over the head with an old and slimy ham steak six or seven times instead of your usual twenty.