National Parks Are For Homos and Hippies 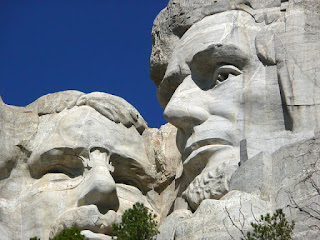 Those greedy bastards at the Parks Service have finally been forced to cut their budgets by $131 million. Good. Anyway, what are they bitching about? There's plenty of ways they can make that money back. First of all, forest fires. Establish a lottery where tickets are issued for certain dates throughout the year. If an apocalyptic fire breaks out and destroys everything around it on that day, you win! Scratch-offs could be issued where you attempt to match three tree species that got turned to ashes. Double the winnings!

Second, perhaps it's time for the Parks Service to get into the cage fighting business. You know, maybe bring in a little of that coveted youth market. The Yosemite website lists the Sierra Nevada red fox and the wolverine as two endangered species in the area. You could stick them into a barbed-wire octagon of death and let them fight it out to determine which species gets to keep existing. True, the wolverine's adamantium claws provide a distinct advantage over the red fox's considerable skills in raunchy yet hilarious comedy. But think of the payout on those odds!
Labels: humor True Tales of Madness (and Fun)