Kellog's has enraged a few million parents with their revamping of Corn Pops. Now advertised as having "MORE BANG FOR YOUR BUCK" (yes, in all caps), the breakfast cereal's packaging has been changed to show a busty model topless, wearing pasties made of Corn Pops and a smile only a crackwhore mother could love. Seriously, her only teeth that aren't black are the same yellow color as the cereal itself. But the packaging alone isn't the only thing angering parents. Kellog's Corn Pops now come with fireworks and a working lighter as the prize. Some boxes contain firecrackers, others bottle rockets, roman candles, even smoke bombs, which have been reported to give the cereal the smell of sulphur. A few children surveyed claim they like the flavor. Some chains of stores are shelving the boxes offering incendiary bonuses until Kellog's can get off their asses and release a statement.

This isn't the only corn-related faux pas that Kellog's has found themselves mixed up with recently. A few months ago they released Corn Pop Tarts to a few select test markets. While it was a success in some midwestern towns, most test markets simply asked, "WTF, seriously?" The name says it all. They are pop tarts filled with cream corn. But these don't get microwaved. Oh ho no. They won't even fit in a toaster. These bad mammas are meant to be deep fried. After the first bite all you can taste is the pain of a second degree burn that starts at your tongue, drips down your chin, finally comes to rest on your chest. Keeping that in mind, I don't see what the big deal was if they were using animal feed-grade corn in them. You'd never know. I tried one 6 weeks ago and everything still tastes like transmission fluid to me. So those namby pambies that are whining about animal feed corn not being suitable for human consumption, I pose to you this question: Is any grade corn actually suitable for human consumption? Or did you just want something to bitch about? 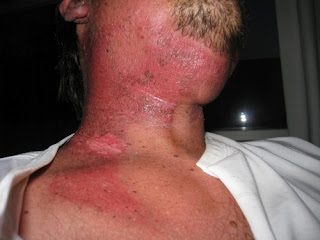 These two failures come close on the heels of Kellogs' latest recall of Special K Red Berry. Apparently the machines that mix the cereal's components got confused and added glass instead of berries. Stupid machines.  Luckily this was discovered before I subjected myself to their silica berries.

On a brighter note, Pringles will get to join the ranks of Keebler and Cheez-it among brands that have now been bought out by Kellog's. This take-over should not affect Pringles' already existing flavors but you can be sure Kellog's is already working on a cream corn potato chip. Will it be the flavor of corn in a crunchy chip or will it be soggy, something I can drink out of the Pringles can? This should serve to remind you that the number of companies that control most pre-packaged food is dwindling to an alarmingly small number. With the Big-Ag companies fighting for the ability to use untested GM strains of foods, fixing the labelling laws to actually outlaw the labelling of GM ingredients, all the way to my poor burnt tongue - this can only mean one thing: A corn based tyrant is being grown to control the world and these food giants want to keep us fat, salty, greasy - so that once it gets hungry, there is no shortage of humans to feed it.
Labels: Gonzo Who humor the human race is doomed