I Don’t Understand It, But I Like It: Verdicto Final 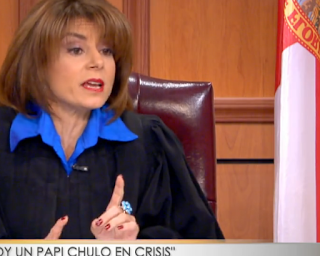 Verdicto Final is a Judge Judy-type show on Univision. Everyone seems to be on meth and they never shut up. Seriously, I only watched one segment of this particular episode and I counted approximately 99,000 cases of people arguing over each other, shouting, and I swear I heard someone threaten the life of a one-legged armadillo. I don’t speak Spanish, so I can’t tell you exactly what this particular segment was about. But, really, does it matter? 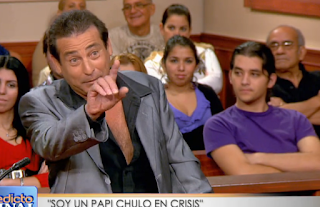 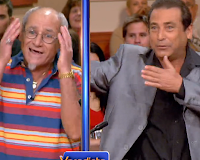 The segment I watched was from an episode called “Casero Abusador,” which roughly translates to “Wizard Beatnik Versus Miami Vice Chest Hair Guy.” I have no idea what they’re all so angry about, though it probably has something to do with Beatnik Wizard’s lack of chest hair.


Unfortunately, the bailiff is telling Miami Vice Chest Hair Guy (MVCHG) to cover up Exhibit A. I guess we have to keep things classy? Well, apparently nothing lasts in this world, not even a pubic pleasure garden. 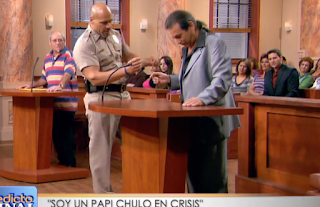 The Wizard Beatnik is casting his “jungle rat” spell. You can’t see it, of course, but MVCHG’s heart has just been replaced with a rat’s. He has exactly seven minutes to live. 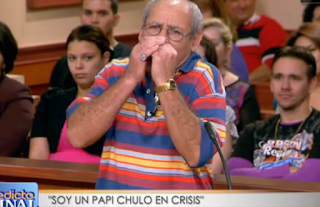 I don’t understand this. How are comments from the audience supposed to help anything? Will the judge be swayed by her arguments? Fun fact: This woman sweats grape juice. 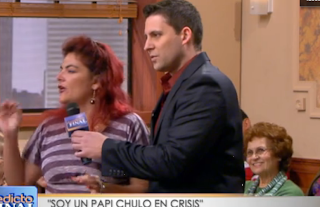 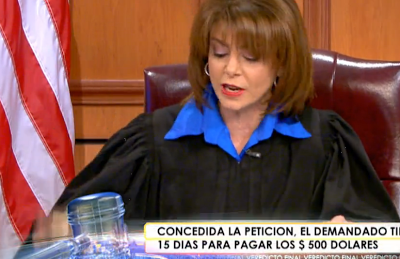 Five hundred bucks? All this shouting and carrying on and threatening to make earrings out of the other guy’s testicles for a measly five hundred dollars? I mean, for a while there, I thought someone was going to get a hatchet to the brain. I suppose five hundred bucks goes a lot further in Mexico. Still.....