For The Love Of LUNA (Guest Post By Chris Vola) 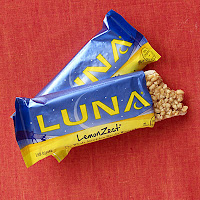 When I stopped at the deli to purchase a delicious LUNA LemonZest nutrition bar and the cashier snickered at me I didn’t think anything of it. After all, I was on my way to the gym wearing shorts in ball-freezing weather and had recently let my beard grow to the length and scraggle of your standard Anthrax enthusiast. But when the girl at the gym’s front desk gave me the same amused grimace as I munched down 180 calories of sour, creamy goodness, I assumed it had to be the bar. It doesn’t have the manly aura of dark chocolate or crunchy peanut butter, but is lemon really that gauche of a flavor? And everyone knows that LUNA Bars are the shit, right?

For years I’d been devouring gooey, and what I assumed to be vitamin-rich helpings of not only LUNA’s LemonZest (or as I’ve come to call it, The Zest), but also its nearly-as-satisfying cousins like Blueberry Bliss and Cookies ‘n Cream Delight. I’d seen enough LUNA wrappers in the gym’s receptacles to know that I wasn’t alone in my affection. When I came home from working out I asked my roommate, an energy bar aficionado, if he was down with The Zest. His eyes widened. “Dude, you know those are for chicks? They put estrogen in them or something. My ex-girlfriend loves them. You’re probably growing boobs haha.”

“No way,” I said, trying to hide my sudden apprehension (as he was especially adamant about the “boobs” part). “I’ve been eating them since like 2007 and I’m fine.”

He snickered. “It might explain why you’re so bitchy all the time.”

I retreated to my room , clutching my pectorals and wondering if they seemed any larger than normal. Google soon confirmed my roommate’s knowledge bomb – “WHOLE NUTRITION BAR FOR WOMEN™” – and the dangerous ignorance with which I’d been living. 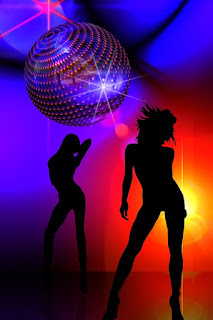 LUNA being a female product (and everyone knowing this but me) explains a lot. I started getting my fix on The Zest as a grad student. The nutrition bars appeared to be one of the few edible products (i.e. not week-old sushi or packaged “artisanal” sandwiches festering in a fridge of questionable cooling capabilities) at the MFA program’s meager coffee shop and so I grabbed one before class. The first bite was an explosion of pleasant tartness, the bar’s generous coating of yogurt icing perfectly complementing its chewy, crispy  – and, thankfully, no less zesty – innards. A weaker man might have balked at the Book-of-Revelations-like war being waged between the bitter and sweet flavors in my oral cavity but I savored every second of the lemony carnage, the Zen-like calm that enveloped me after the last defeated morsel slid gloriously into my gut. A satisfaction so deep that I felt it unnecessary to read the wrapper’s fine print. L-U-N-A equaled bliss and that was good enough for me.

How else has my life suffered during the last five-plus years due to abject LUNALove? Certainly not in the gastric sense. Besides its obvious palatability, The Zest contains, I now know, “vitamins and minerals essential to women’s health – calcium, iron, folic acid, and vitamin D – plus 8 grams of protein and 3 grams of fiber,” and none of the lady sex hormones to which my roommate so callously alluded. Hey, we guys need a little folic acid to keep things irie, too. Nothing wrong with that. But what about my stagnating sexual and professional lives? How many times have I been sitting on a bench, the subway, or a bar stool innocently submitting to The Zest’s powerful charms only to have a beautiful woman pass by me with a brusque eye-roll or ignore me completely simply because of my (to her closed mind, taboo) dietary preferences? I haven’t been asked on many dates lately. Or worse, how often have I unintentionally provoked anger by openly clutching the wrapper of a product I hold so dear, an act that certain feminine eyes might deride as a gross appropriation of something so clearly defined as “theirs”? Was my application for a part-time social media manager position at a liquor distribution company denied because, as their HR person explained via email, “due to an unexpected change in our team, we have decided to hire a full-time marketing coordinator who will also handle our social media on a day to day basis,” or because the administrative assistant took note of my gleeful consumption of The Zest before my final interview?

This is blatant food-based discrimination, not unlike New York City’s ban on large sodas, that needs to be stomped out. But how?

It’s easy for the status quo-ers to suggest a switch to CLIF, LUNA’s parent company and makers of an eponymous selection of gender-neutral bars featuring on their wrappers what appears to be a strapping gentleman free-climbing an impressive ledge. But there’s really no comparison between CLIF Bars and LUNA Bars when it comes down to flavor choices. Let’s be serious, would you really take boring-ass Banana Nut Bread over The Zest? Or gross Apricot over Chocolate Peppermint Stick? No, you wouldn’t. No sane person would.

Which leads me to believe that in 1999, LUNA was created – according to Wikipedia – by a sketchily anonymous group of “Clif Bar & Company’s female employees” (or more accurately, neo-feminazi-penis-haters) with the sole purpose of denying males the tastiest science-approved (and 70 percent organic!) treats known to humans. Why else would they foist their gender upon a product that is, and always has been, unisex? Certainly they were aware of the social stigma that would attach itself to casualties of LUNA discrimination, a stigma that has already been shown to result in dire consequences. Pure, unrequited wickedness was their only motive, as far as I can tell.

But now, fellow LUNA loving dudes, it’s time to fight back against this prejudiced machine. To fight for the respect and The Zest we deserve as people who demand balanced nourishment and great taste in their dietary supplements. To try, as the civil rights leaders of yesteryear, to find a middle ground with those that would ridicule us, but in the unlikely event of this happening, to subvert the shame that the current regime wants us to feel and turn it into our battle cry. We will never allow blatantly chauvinist packaging to dictate our nutrition bar preference. We will not go gentle into that Whole Foods checkout line. We will no longer let the condescending cashiers of the world pierce us with their radically flawed conceptions of masculinity.

LUNA for men!
LUNA for all!

Chris Vola is the author of Monkeytown. His essays appear, or are forthcoming, in Timothy McSweeney's Internet Tendency, Carbon-Based Lifeform Blues, and elsewhere. He lives in Manhattan.