Destroy Matt LeBlanc Before He Escapes! 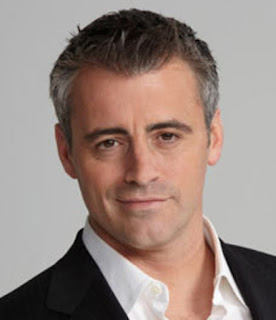 Showtime’s comedy series Episodes is kind of funny and not as rotten as you might expect from a TV show starring Matt LeBlanc. Even though I generally like the programming Showtime puts out, I’ve avoided watching this show. Why?

Simple, really. My ex-wife loved the TV show Friends. I mean, all she ever did was watch that show. Granted, we were both in school and we had to cut back on stuff like cable TV, so there weren’t always a lot of choices around. Plus, I had made the mistake of buying her the first couple seasons or so on DVD for her birthday or Christmas or whatnot. She would supplement these seasons by ordering the rest on Netflix. She would go through the entire series and then start right back at the beginning. And she never just watched one show, either. Oh my God, so many episodes in a row!

It was about as awful as you’d expect. Plus, I never found the show to be even remotely funny. I found the characters irritating and whiney. Whoo-hooo! Give me a steaming pile of that shit!

The makers of Episodes probably realized that the many twisted souls who watch Showtime programming also feel the same way about that “classic” American sitcom. Matt LeBlanc, who plays...Matt LeBlanc...gets very little screentime in the first episode. And when he does show up, he’s kind of an alternate-reality version of Joey from Friends, if he had managed to actually make a career out of acting.

The writers spend the first few episodes showing us that LeBlanc is a manic skirt-chaser who’s only concerned about money. Later, they also show us that he can be sensitive, that he has heart and he (golly!) loves his family. This demonstrates, I guess, that the LeBlanc character isn’t a complete sociopath. Which is nice to know.

The best thing about this character, though, is that he seems designed for us to dislike him. The classic “man you love to hate.” And who better to hate than LeBlanc? He played the most annoying character on a show that had them in spades. Destroy this man! Destroy him before he escapes!

Oh yeah, there’s some other stuff on the show too. There’s a British couple played by Tamsin Greig and Stephen Mangan who’ve come across the pond to write a sitcom. They think they’re going to adapt their sophisticated comedy about a boarding school headmaster. But, through the magic of executive meddling, the show ends up being about a boarding school hockey coach. And the coach is played by Matt LeBlanc. Haha, the plot thickens....

You also have a sleazy boss man who’s having an affair with an underling executive. Plus, the show features plenty of booze, sex, sex and booze, pot smoking and other bad decisions. Basically, it’s the kind of quality programming Showtime has had a reputation for ever since the runaway success of Californication.


But the British couple are a bores and the TV studio intrigue is only mildly interesting. To tell the truth, it was fun watching this snooty couple being forced to write television that people might actually like. Had they never seen an American sitcom before? We don’t do “subtle” too well. It’s not Masterpiece Theater. It’s programming that will, with any luck, give people a chuckle or two before having to go face their shitty existence again. And if working on the show is so terrible, why don’t they quit and go back home? Oh yeah, because they like them big fat American dollar bills too much. Hey, nothing wrong with that. They’re not the first people to compromise their entire ethical system for money. But they sure do a lot of bitching about it.

If you’re hungover or have the plague or something and don’t want to do a whole lot of thinking, Episodes is a pretty good way to kill some time. Also, there’s plenty of nudity and a big helping of dick jokes. So that’s nice, too.
Labels: humor television