Sergeant Wimp Revealed to be a Hopless Optimist 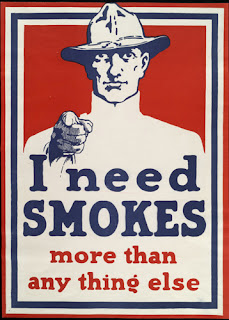 Sergeant Percy Wimp of the North Mugwumpville Silly Billy Death Squad made a shocking confession to his partner, Private Missle Underpants, while they were on a routine patrol Saturday night.

"Sergeant Whimp looked very strange that night," Underpants confessed. "He looked -- but what's the word? Happy? He was smiling. I'd never seen him like that before. I mean, we're assasins, man. This ain't tea time with the girls. What was he doing?"

According to Underpants, Wimp then said, "You know, I've been wondering about something -- and hear me out on this, okay? I've been wondering if humans are maybe beings of pure love and compassion. What if anger and hatred and violence don't even exist as such? What if those emotions only exist as a reaction to our attempts to deny our innate compassionate nature? I mean, that would change everything, wouldn't it? There would be no need for us to fear anything. And everything would be wonderful."

After hearing this speech, Private Underpants had no choice but to shoot Sergeant Wimp in the face. Seven times. Until his head exploded into a river of blood.

While the Mugwump Corporation prides itself on reporting the news without taking sides, we feel that an exception should be made in this case. Private Underpants made a brave and wise decision. Life is fear, people. Never forget that.